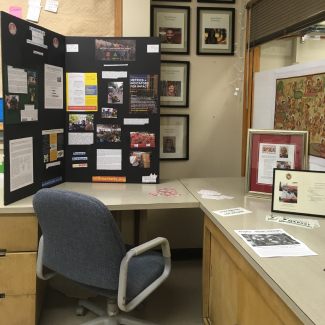 Anyone walking through the basement of Music Hall will notice a special item anchoring the front corner of the Kaufman Lab for the Study and Design of Food Systems and Marketplaces. Professor Jerry Kaufman’s children, Ariel Kaufman and Daniel Kaufman, generously donated Jerry’s personal desk used at his home for many years literally supporting his work. 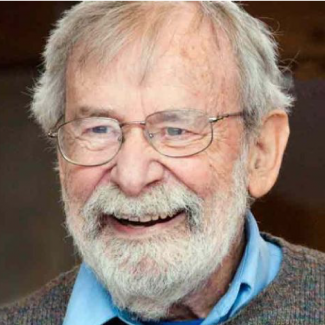 food systems planning, planning approaches and strategies, ethics, alternative dispute resolution, and urban and metropolitan policy in the United States and internationally. He received the Distinguished Service Award from the Association of Collegiate Schools of Planning in 1999 and was inducted as a fellow for the American Institute of Certified Planners in 2000. Kaufman passed away in 2013 at the age of 79 after a long battle with cancer. The Kaufman Lab helps to continue his legacy in food systems planning under the direction of Dr. Alfonso Morales. It’s great to have this new reminder of his positive continuing legacy.