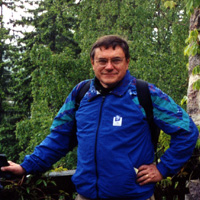 Arnold R. Alanen, currently an emeritus professor in the Department of Landscape Architecture, taught courses in landscape history and cultural resource preservation from 1974-2009. He continues to publish on numerous topics: cultural landscapes; the history of planned communities and landscape architecture; company towns; rural and immigrant settlements; and vernacular architecture. The majority of his publications focus on North America, although some have been based in Finland, Norway, Australia, Japan, and Colombia. His books include Morgan Park: Duluth, U.S. Steel, and the Forging of a Company Town (2007); Finns in Minnesota (2012); and a co-edited volume, Preserving Cultural Landscapes in America (2000). A co-authored book, Main Street Ready-Made: The New Deal Community of Greendale, Wisconsin (1987), was re-published in 2012 on the eve of the town’s 75th anniversary. He also served as author of the 2000 field guide for the Vernacular Architecture Forum in Duluth, and as co-editor of two volumes for the 2012 VAF conference based in Madison.

Dr. Alanen helped to found Landscape Journal during the early 1980s, and served as co-editor until 1991; he also is the founder and editor of the Wisconsin Land & Life series, published by the University of Wisconsin Press since 2005. As an advisor to the National Park Service, he and his graduate students documented cultural landscapes in Alaska and the Midwest throughout the 1990s. Dr. Alanen has received seven national research and communication awards from the American Society of Landscape Architects, and was named an Honorary Member of ASLA in 2008. The Council of Educators in Landscape Architecture recognized him five times, naming him the recipient of its Outstanding Educator Award in 2001, and electing him to its Academy of Fellows in 2007. He has been selected as a Fulbright Graduate Fellow, a W.K. Kellogg Foundation National Fellow, a visiting research professor at the University of Helsinki, Finland, and the Finlandia Foundation’s National Lecturer of the Year. Prof. Alanen served as chair of the Department of Landscape Architecture from 1985-88, and 2001-03. Prof Alanen can be contacted via email for at (608) 255.9992.