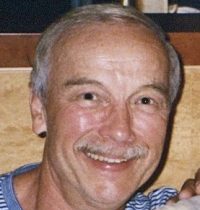 A native of Wisconsin’s Door County Peninsula, Professor Tishler completed his graduate work at Harvard University. He undertook additional study at the University of North Carolina, the Nantucket Preservation Planning Institute, Cornell University, and the Attingham Summer Institute in England. He is past president of the Vernacular Architecture Forum, has served on the board of advisors to the National Trust for Historic Preservation, has been chairperson of Wisconsin’s Historic Preservation Review Board, and Vice-President for the Arts of the Wisconsin Academy of Sciences, Arts, and Letters.

Professor Tishler has lectured widely throughout his career; his professional achievements include six professional awards from the American Society of Landscape Architects, Historic Madison, Phi Kappa Phi Honorary Fraternity, the State Historical Society of Wisconsin, and the National Endowment for the Arts. He has been a senior fellow at Dumbarton Oaks in Washington, D.C., and served as the H.W.S. Cleveland guest professor at the University of Minnesota. His many papers, reports, and articles on historic preservation and landscape architecture include the award-winning book that he edited, American Landscape Architecture: Designers and Places (1989), acclaimed by a reviewer as “one of the most significant works published on landscape architecture in the past decade.” More recently, he served as editor of Midwestern Landscape Architecture (2000), and co-produced the award-winning documentary film Jens Jensen a Natural History. His most recent book is Jens Jensen: Writings Inspired by Nature.

Professor Tishler also organized and has served as co-director of The Clearing Landscape Institute at the home and school of the noted landscape architect, Jens Jensen, in Ellison Bay, Wisconsin. A Fellow of the American Association of Landscape Architects, he received the 1998 Award of Distinction from the Council of Educators in Landscape Architecture. In 2012, he received the Henry Glassie Award for Special Achievement in Vernacular Architecture Studies from the Vernacular Architecture Forum. Prof. Tishler can be contacted via email or by phone at (608) 263.7301.