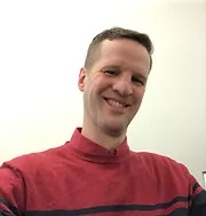 Dan Rolfs graduated from UW-Madison with a BS in History (1997).  He then proceeded to obtain an MS in Urban and Regional Planning (2001).  During graduate school and immediately following graduation, he served as an intern in DeForest for nearly 3 years, helping to redevelop the downtown.  He then worked for a private planning firm for three years, completing comprehensive plans throughout Wisconsin and Illinois.  He then returned to the public sector to work for the City of Madison, starting in 2005.  Since then, Dan has been actively involved in a myriad of City projects, including assisting running the City’s Tax Increment Finance (TIF) program; land banking property; facilitating (re)development projects such as the Garver Feed Mill, the Truman Olson redevelopment project, South Madison development efforts, East Washington Avenue, Union Corners, and many others; and buying and selling property on behalf of the City.
Dan has worked in the City’s Office of Real Estate Services as the Community Development Project Manager since he started his career with the City.  Dan was born of Badger parents.  Dan is a Badger at heart.  Dan’s blood is red because it is filled with Badgers (and oxygen).  Dan is very thankful for the positive impact that the University of Wisconsin – Madison has had on his life.  In his free time, he is the President of the Board of the employee association the represents some of the public employees at the City, is a hockey dad, an amateur woodworker / lumberjack, and attends all of the UW Badger women’s hockey games he can (when they don’t interfere with his daughter’s hockey games).