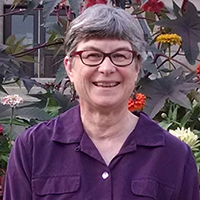 Janet Gilmore is a folklorist whose research, teaching, and outreach integrate folklore and landscape perspectives and methodologies. Landscape study is embedded in her research in maritime occupational communities, foodways, and festivals and celebrations in the Upper Midwest and home territory of the Pacific Northwest. She infuses the study of cultural landscape preservation and landscape history with ethnographic methodologies, the National Register traditional cultural property model, and Folklore’s concepts of cultural conservation.

Janet unites varied landscape and folklore approaches especially in her teaching, which requires ethnographic exercises and reflection in class and assignments, and involves students in aspects of professional public folklore and cultural landscape preservation practice. In turn, in recent years, she has begun to publish, with student involvement, insights she has gained from her “ethnography in the classroom” approach and her teaching of field school and lab type classes. She enjoys “sensing landscape” explorations.

Since the 1980s, Janet has worked as an independent public folklorist and humanities consultant, documenting and presenting folk artists, their handiwork and the creative process, in a variety of public formats such as exhibits and festivals. Through the Center for the Study of Upper Midwestern Cultures, she now collaborates with folklore colleagues, archivists, archivists-in-training, and digital librarians on numerous nationally-funded projects to identify, catalog, and make accessible publicly-funded folklife documentary collections and productions generated in Wisconsin and the Upper Midwest since the 1970s.

2011 “Hot Peppers in Pasty Territory:  Food Pluralism, Sustainability, and the Need for Ethnography” in “Selected Abstracts from the 2010 Annual Conference of the Joint Meeting of the Association for the Study of Food and Society (ASFS), the Agriculture, Food and Human Values Society (AFHVS), and the Society for the Anthropology of Food and Nutrition (SAFN), 2-5 June 2010, Bloomington, IN, USA,” Appetite 56: 2 (April): 529.