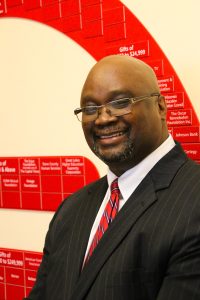 Dr. Anthony has been the President and CEO of the Urban League of Greater Madison since March of 2015. In the time he has been with the Urban League of Greater Madison, they have increased their job placements by 39% and have made over 1400 placements to date. Over the past 30 years Ruben has been a senior manager in the public, private and not profit sectors. He is a subject matter expert (SME) in developing job placement strategies and in minority business development. The majority (19 years) of his career has been as a manager with the Wisconsin Department of Transportation where he started as a first line supervisor and eventually became the Deputy Secretary and the Chief Operations Officer from 2003 to 2010. As the Deputy Secretary he managed 3,600 FTEs and an annual budget of $3.25 billion dollars. He was also responsible for managing the day to day operations of the agency and overseeing the programming of all areas.  In 2017, he was awarded the Golden Champion Award by the National Association of Minority Contractors – Wisconsin Chapter, for leadership in minority business development in the Wisconsin Construction Industry.