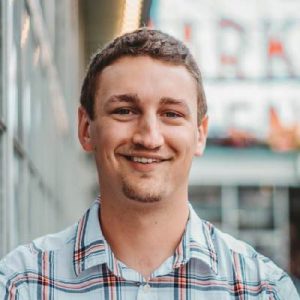 Kevin is a second-year student pursuing a Masters Degree in Urban and Regional Planning. After completing his first year of studies at the University of Iowa, Kevin transferred to UW-Madison. However, it wasn’t the first time Kevin stepped foot on campus. Kevin earned his undergraduate degree in 2015, from the University of Wisconsin-Madison.

Kevin currently works as the Library Planner for Madison Public Library, and previously worked as the Principal Planner for Menasha, WI, which is also his hometown. His interests are primarily in land use and environmental planning, but he is also interested in other areas of planning.

In his spare time Kevin enjoys being outdoors. Some of his favorite activities include hiking, running, downhill skiing, and being on a lake. He also loves to read and is always looking for new restaurants to try.