The URPL Alumni Relations Council (URPL-ARC) is intended to provide advice, guidance, and assistance to the chair, faculty, and students on issues of particular importance to our urban and regional planning program. The 12-15 alumni who serve on ARC will act as a conduit to network and better connect planning alumni to the Department, its faculty, and to current planning students. The intent of forming the ARC was to develop a self-sustaining organization that works to strengthen department alumni relations into perpetuity. Goals include (1) strengthening alumni connections with current students, (2) strengthen networks among alumni; in particular recent alumni looking for career advice, and (3) promoting the work and accomplishments of the department, its students, and alumni.

Meet the Members of URPL-ARC 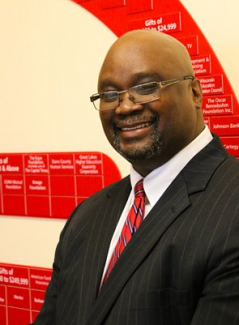 Ruben L. Anthony, Jr., was appointed president & CEO of the Urban League of Greater Madison in March 2015. Dr. Anthony has been a manager for over 27 years. He started RowJAC Consulting, a Management and Planning Firm that Specializes in Civil Rights in government contracting, in 2013. Through RowJAC he has served as the interim Director of Milwaukee County’s Community Business Development Program which is responsible for enforcing compliance in procurement and contracting. Dr. Anthony has also served as a disadvantage business enterprise capacity building adviser to the Milwaukee Metropolitan Sewerage District, the Minnesota Department of Transportation and to the Dulles Airport in Washington D.C.

Prior to launching RowJAC, Dr. Anthony was the Senior Vice-President of Bloom Companies, an engineering firm, from 2010 to 2013. The majority (19 years) of his career has been as a manager with the Wisconsin Department of Transportation where he started as a first line supervisor and eventually became the Deputy Secretary and served as the Chief Operations Officer from 2003 to 2010.  As the Deputy Secretary he managed 3,600 FTEs and an annual budget of over $3.25 billion dollars. He was also responsible for managing the day to day operations of the agency and overseeing the programming of all areas.

Ruben has an extensive professional and academic background in disadvantaged business development. Under his leadership WisDOT reached historically high DBE goals on all mega projects. In 2004 he won local, regional and national awards from the US Small Business Administration. He won an excellence award from the Wisconsin supplier’s Diversity Council in 2004 and 2008 and a Stewardship and Advocacy Award from the National Association of Minority Contractors in 2010.

Ruben is the architect of the “Wisconsin Model” for increasing disadvantaged business enterprise (DBE) participation. As result, in 2010 and 2011 Dr. Anthony was asked to go on a national tour with the FHWA to share the model with other states. The federal highway administration (FHWA) has deemed this among the top two models in the nation for increasing small and disadvantaged business participation.

Ruben is also an adjunct professor at the University of Wisconsin-Milwaukee. 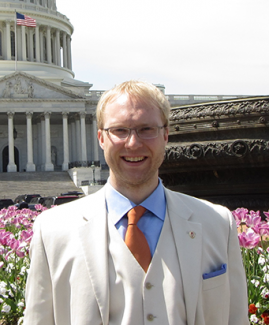 Joshua Clements, AICP (UW 07′, URPL ’09) is the Planning Director of the City of Altoona, WI. Previously, Josh spent ten years between the University of Wisconsin Extension and Iowa State University Extension as a community development educator and specialist, focusing on community placemaking, downtown revitalization, and comprehensive planning. During Josh’s time at URPL he worked for the Wisconsin Office of Energy Independence on the design of the Energy Independent Communities program, and as a Project Assistant for the UW-Extension Center for Community Economic Development. His URPL program specialization is Land Use and Regional Planning. Outside of work Josh as an active runner, cyclist, serial volunteer and outdoorsman with his family. 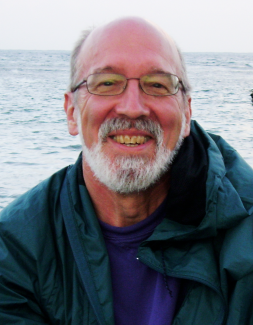 Hickory R. Hurie, AICP, has worked with community-based organizations and local governmental systems as a teacher, urban planner, and manager of public funds.  He helped develop the Madison day care system, and the City of Madison community development program to nurture capacity and working systems of community-based agencies to build and manage affordable housing, business assistance incubators and services, neighborhood centers, homeless services, and neighborhood revitalization planning processes, and continues to advise cities, counties and community agencies as a partner in a private firm, Community Planning and Development Advisors. 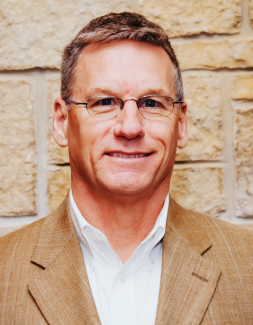 In 2000, Mike joined Grant Thornton, LLP, a national accounting, tax and management consulting firm where he was Principal and responsible for all aspects of the Wisconsin Management Consulting practice. From 2006 – 2011 Mike served as Senior Vice President of Ruedebusch Development & Construction (RDC), and was President of Technology Facility Advisors, a consulting division of RDC from 2008 – 2011.  Mike took ownership of Technology Facility Advisors in 2011 while also establishing Economic Growth Advisors to provide a broad range of economic development planning and implementation services. 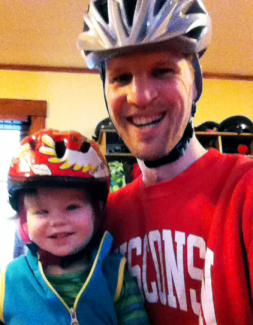 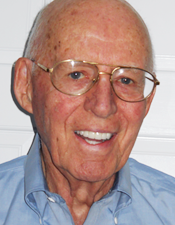 Served as an Expert Witness in many Land Use and Zoning cases in both State and Federal Courts.

I have been working at the Comptroller of Maryland office for the last 14 years and currently I am an IT Manager in the IT Division. I graduated from URPL in 91 with a PhD degree with a scholarship from the Government of Indonesia and returned to Indonesia to work at BPPT, a national research agency, until 98 when my family and I moved back to the US.

I received a Bachelor’s degree in Petroleum Engineering from Bandung Institute of Technology in Indonesia and continued on to the University of Hawaii for a Master’s degree in Energy Planning with a scholarship from the East West Center.

In addition to my area of studies and current professional expertise, I also belong to a Non-Government Organization in Indonesia working in implementing appropriate technologies in remote areas of Indonesia.  Experience in building this Foundation and managing its activities have given me various community development opportunities.  I have also worked at the Bandung Institute of Technology as an Energy Planner and have taught Transportation Planning at the University of Indonesia.  I have maintained contacts and network with various colleagues in Indonesia.

With these various experiences I intend to participate in ARC by providing opportunities  for students at URPL to work or participate in an extended workshop at an Indonesian university.  I do not have any specific plans at the moment, I just want to start the effort by building communication toward that goal. Of course, if this is ok with the leadership of the ARC. 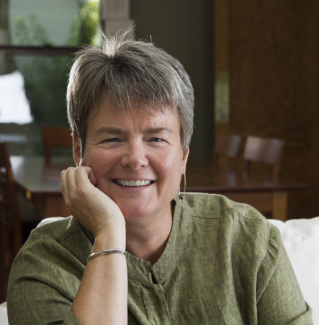 Lucy Thompson joined the Saint Paul Department of Planning and Economic Development in 1988. She has worked on neighborhood planning, heritage preservation, riverfront redevelopment, infill mixed-use development, public art, zoning for traditional neighborhood design, transit-oriented development and urban design over her 29 years with the City. Currently, her emphasis is on planning and urban design for downtown Saint Paul, the central Mississippi riverfront, and the city’s core neighborhoods, as well as implementing station area plans and transit-oriented development along the Green Line. Ms. Thompson is a founding member, past co-director and current member of the Saint Paul on the Mississippi Design Center, a public-private partnership created in 1995 to implement the Saint Paul on the Mississippi Development Framework, the City‘s vision for a revitalized downtown reconnected to the Mississippi River. In December 2013, she was awarded the Special Award from the Minnesota chapter of the American Institute of Architects in honor of her work and career-long leadership on Saint Paul riverfront planning and development, and her contributions to the enhancement of Saint Paul’s most prized resources. Ms. Thompson has a Master’s Degree in Urban and Regional Planning and a Bachelor’s Degree in Sociology, both from the University of Wisconsin-Madison. She is a charter member of the Congress for the New Urbanism and a founding member of New Urbanism Minnesota. 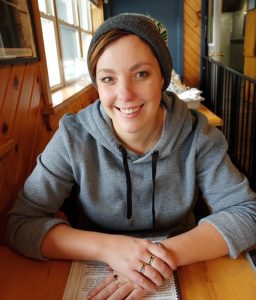 Haley Briel is a 2018 alumna of the Department of Planning and Landscape Architecture and the Nelson Institute’s Water Resources Management program. During her time at DPLA, she also served as a First Year Representative, Social Chair, and President of the Wisconsin Student Planning Association. She currently works as a research specialist for the Association of State Floodplain Managers in Madison, working on federal grants to improve flood resilience in communities nationwide. In her personal time, Haley enjoys cooking, oil painting, and playing with her cat Cricket. 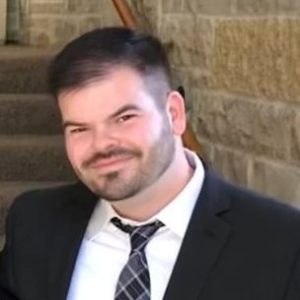 Ryan Thompto is a Senior Transportation Analyst at the Puget Sound Regional Council in Seattle, WA.  In that role, he oversees multiple work program within PSRC’s transportation planning division with a particular focus on the regional Transportation Improvement Program (TIP) and the delivery of transportation investments funded by PSRC’s Federal Transit Administration and Federal Highway Administration funds.  Ryan also worked for three years as a Transportation Planner at the Amador County Transportation Commission in Northern California. During Ryan’s time at DPLA he served as a First Year Representative and Professional Development Coordinator of the Wisconsin Student Planning Association and was a member of the DPLA’s Committee on Climate and Community.  While in graduate school, Ryan also worked as a Research Analyst for the UW-Extension Center for Community and Economic Development, interned at the Capital Area Regional Planning Commission, and volunteered at numerous community organizations including serving as a mentor for the Terrace Towns program.  His MS URPL program specialization was Regional Planning.  In his free time Ryan enjoys biking, kayaking, hiking, reading, disc golf and volunteering.