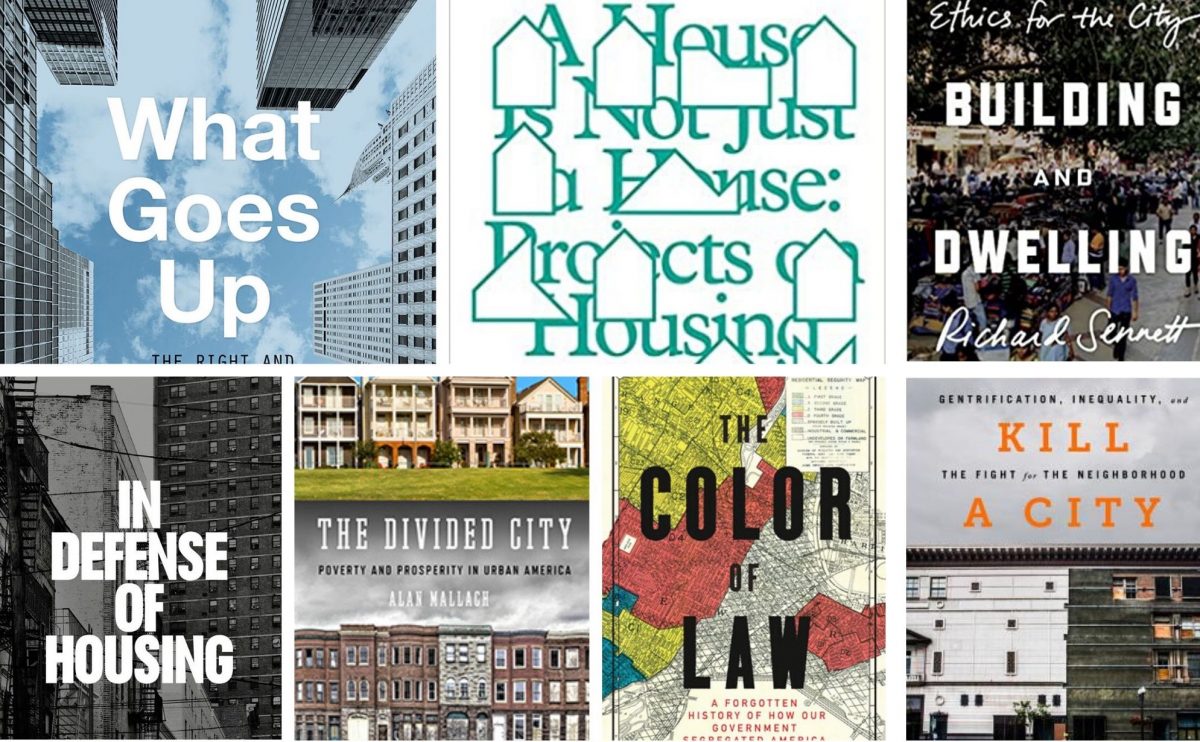 In Defense of Housing – David Madden and Peter Marcuse

What Goes Up: the Right and Wrongs to the City – Michael Sorkin

Evicted: Poverty and Profit in the American City – Matthew Desmond

How to Kill aCity: Gentrification, Inequality and the Fight for the Neighborhood – P.E. Moskowitz

The Color of Law: A Forgotten History of How Our Government Segregated America – Richard Rothstein

A House Is Not Just a House: Projects on Housing – Tatiana Bilbao

Unhoused: Adorno and the Problem of Dwelling – Matt Waggoner

Building and Dwelling: Ethics for the City – Richard Sennett

Sharks in the Time of Saviors – Kawai Strong Washburn

Braiding Sweetgrass – Robin Wall Kimmerer, a UW-Madison alumna and on the Earth Partnership board. A must-read for anyone involved in Land Arch and Planning.

White Kids: Growing Up with Privilege in a Racially-Divided America by  Margaret Hagerman

How to Be an Anti-Racist by Ibram X. Kendi

Grading for Equity: What It Is, Why It Matters, and How It Can Transform Schools and Classrooms by Joe Feldma

We Got This.: Equity, Access, and the Quest to Be Who Our Students Need Us to Be by Cornelius Mino

Me and White Supremacy: Combat Racism, Change the World, and Become a Good Ancestor by Layla F. Saad

Multiplication is for White People: Raising Expectations for Other People’s Children by Lisa Delpit

So You Want to Talk About Race by Ijeoma Oluo

White Fragility: Why It’s So Hard for White People to Talk About Racism by Robin DiAngelo

The Warmth of Other Suns by Isabel Wilkerson

Born a Crime: Stories From a South African Childhood by Trevor Noah

A perk for all APA student members….https://planning.org/blog/blogpost/9125372/